Salesforce needs more developers to double its current revenue, but developers have traditionally had to go through Salesforce specific training to work on its platform. To overcome the human capital gap, Salesforce recently introduced the Lightning Web Components. 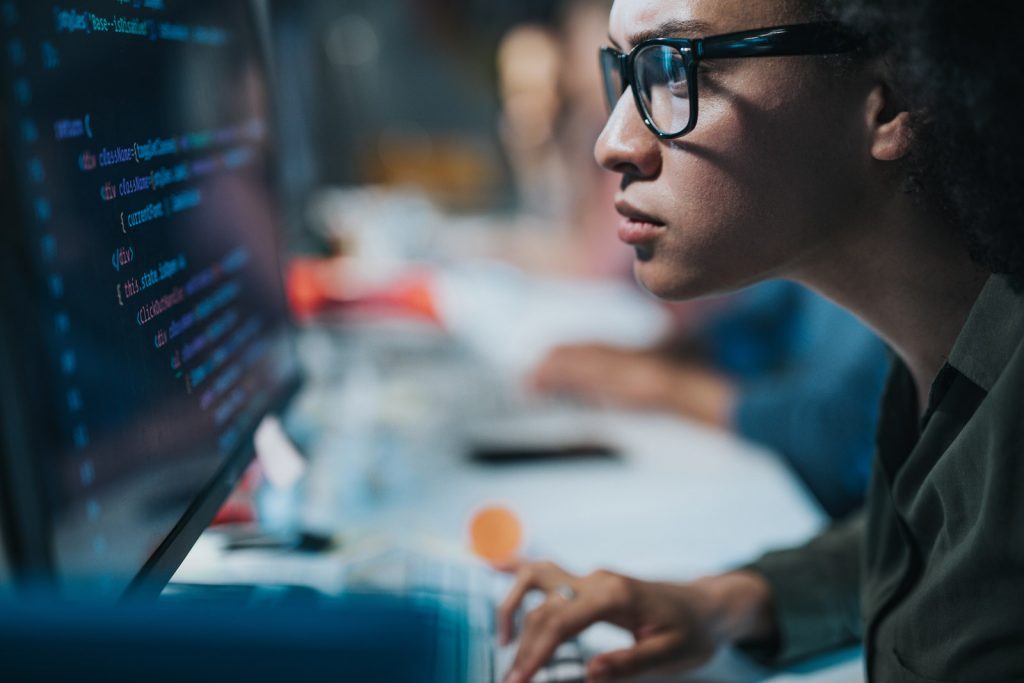 Salesforce is making a big push to double its current revenue by 2022, but that goal can’t be achieved without attracting more developers to its platform. People love Salesforce because it can be tailored to just about any business use case. But the vastness of customizable features and proprietary languages have traditionally created a steep learning curve for developers. Fortunately, with Lightning Web Components (LWC), the required technical skillset is less framework-specific, a clear sign Salesforce is doing quite a bit to expand the developer community.

LWC is a new programming model introduced by Salesforce in December 2018 for building Lightning web components. Developers can create reusable components using the latest JavaScript innovations and web standards. Here are the key reasons why we think more developers should be excited about transitioning to Salesforce LWC.

Finding top developer talent is one of the major challenges impacting the tech industry, and Salesforce is no different. More developer talent would potentially reduce the anxiety for some of its clients and partners who need more human capital to run and support their business needs.

But the new model came with its own challenges. Even though frameworks such as React, Angular, and Lightning are all JavaScript frameworks, the skills were not transferable to Aura. Salesforce saw the underlining issue and the need to move towards open web standards that address some of the technical debts such as optimizing the UI rendering for continuous transformation.

With the introduction of LWC, today’s web stack looks completely different and focuses more on web standards and less on the framework. 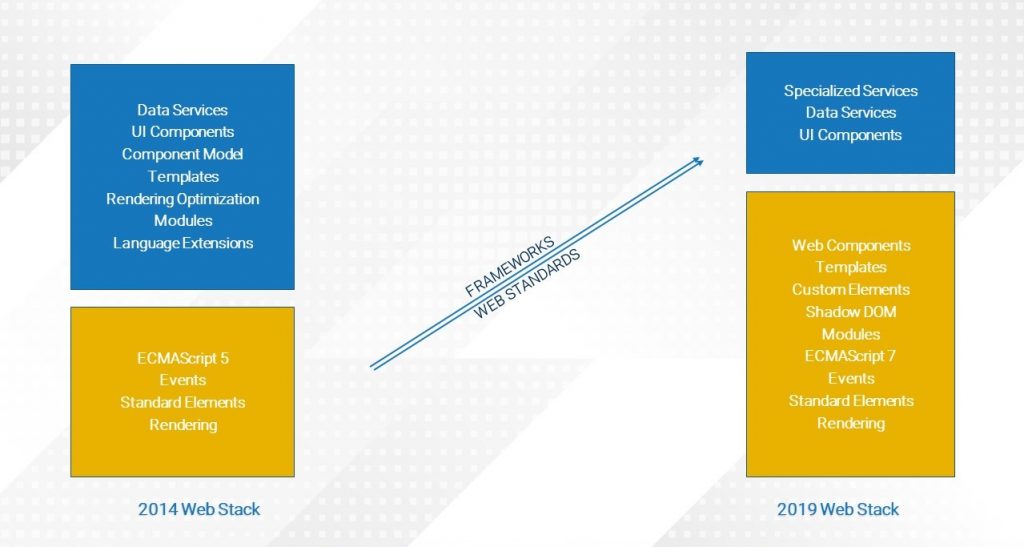 Aura and LWC use Lightning Data Services to communicate with the Salesforce platform. With the introduction of LWC, Salesforce now has two programming models for building Lightning components. In some cases, Aura and LWC components can even be combined in a page and can share the same data. 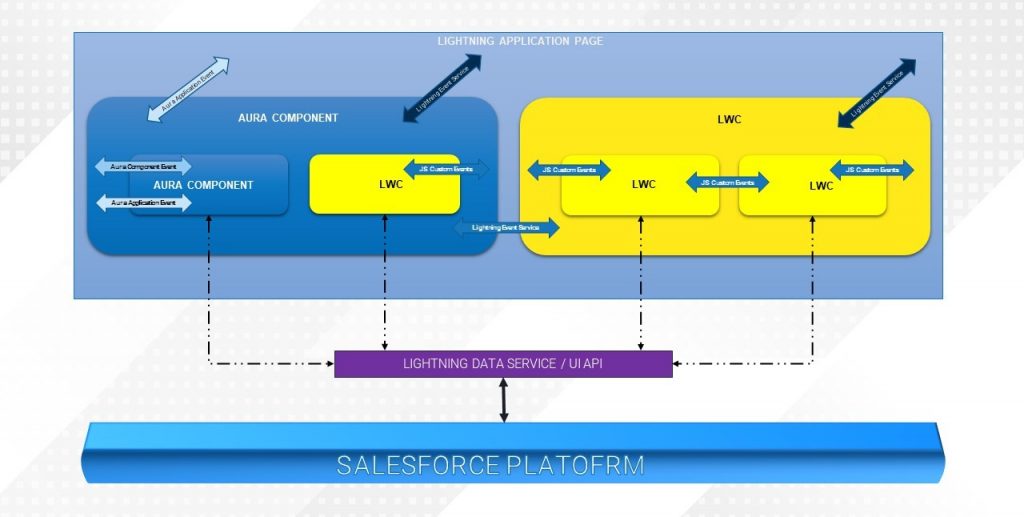 Jest is a powerful open source testing framework created by Facebook, with rich features for writing JavaScript tests. Salesforce has provided developers with an extension of the Jest framework (lwc-jest) for writing unit tests for Lightning web components. This testing framework can run from a local machine, a command line, or VS Code IDE.

Last, but not the least, the days working in Developer Console are long gone. In the past, project teams had to back up their metadata code every day to make sure it wouldn’t be lost due to a mistaken sandbox refresh. Today, Salesforce is promoting repository-based development that lets developers build components in their local drive, and then push their code to the repository, scratch Org, or to a Salesforce Org. Developers now have a lightweight open source IDE “Visual Studio Code” provided by Microsoft, and can utilize Salesforce DX, where each developer can spin up their own developer org (called scratch org), and work independently.

By leveraging the latest web standards such as JavaScript and CSS, Salesforce has provided specialized services that yield unprecedented productivity and performance. Web developers interested in making the transition to Salesforce can now transfer much more of their skills to the Lightning platform.  With the introduction of LWC, Salesforce is making it much easier for clients and partners to ramp up developers for their projects, enabling them to provide better service and paving a bigger path to achieving its own revenue goals.

At MST Solutions, we are always searching for new developers to add to our team. Check out our current open positions. 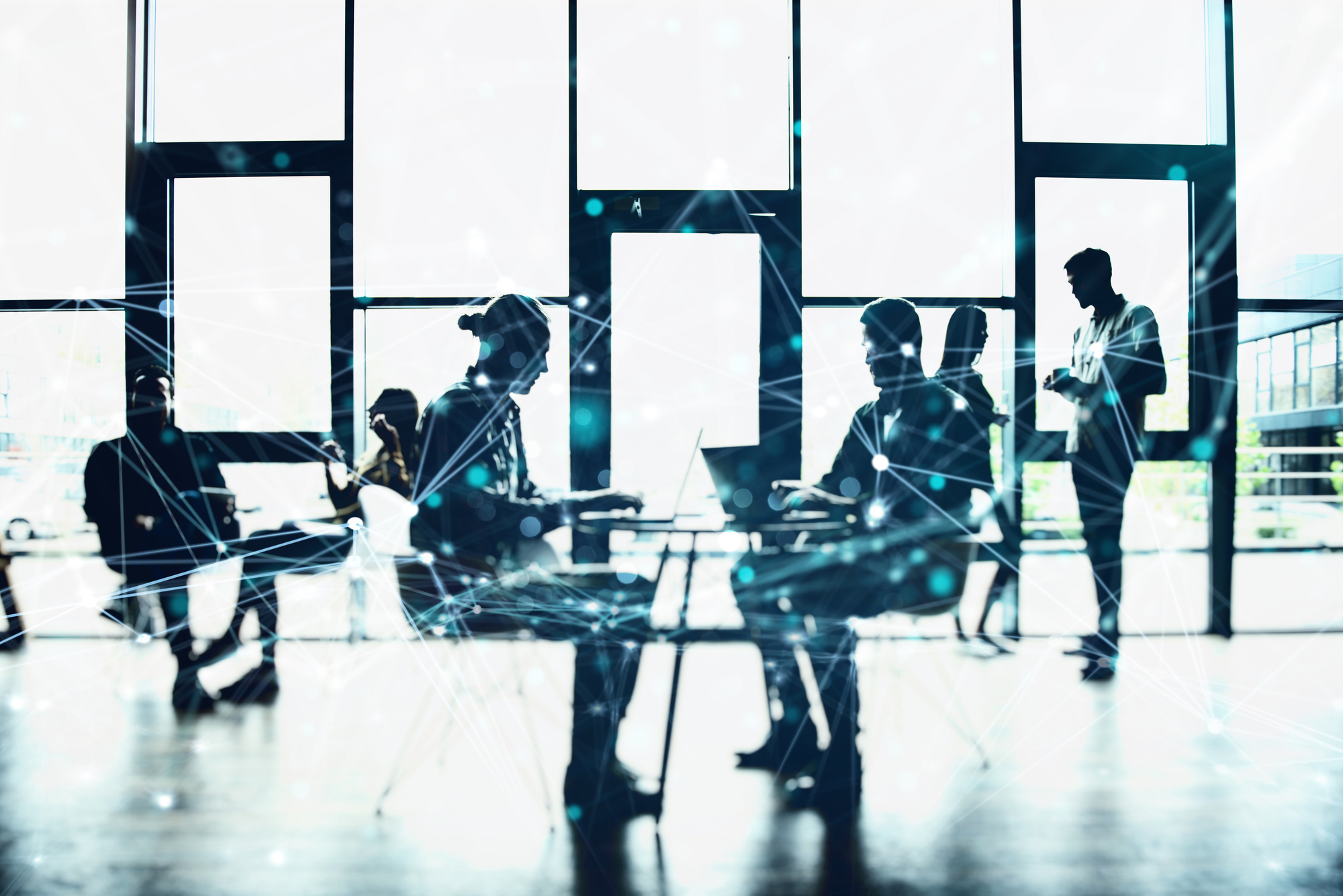 The Future of Transformation is the Connected Enterprise

In 2016, IDC released its FutureScape report that made several important predictions for the IT industry and digital economy for the years ahead. One important one was that by 2020, all enterprises’ performance would be “measured by a demanding new set of digital transformation-driven benchmarks,” calling for a 20 to 100% improvement in business performance. But more importantly, the report predicted at least one third of the top companies across every industry would fail to reach these new benchmarks. 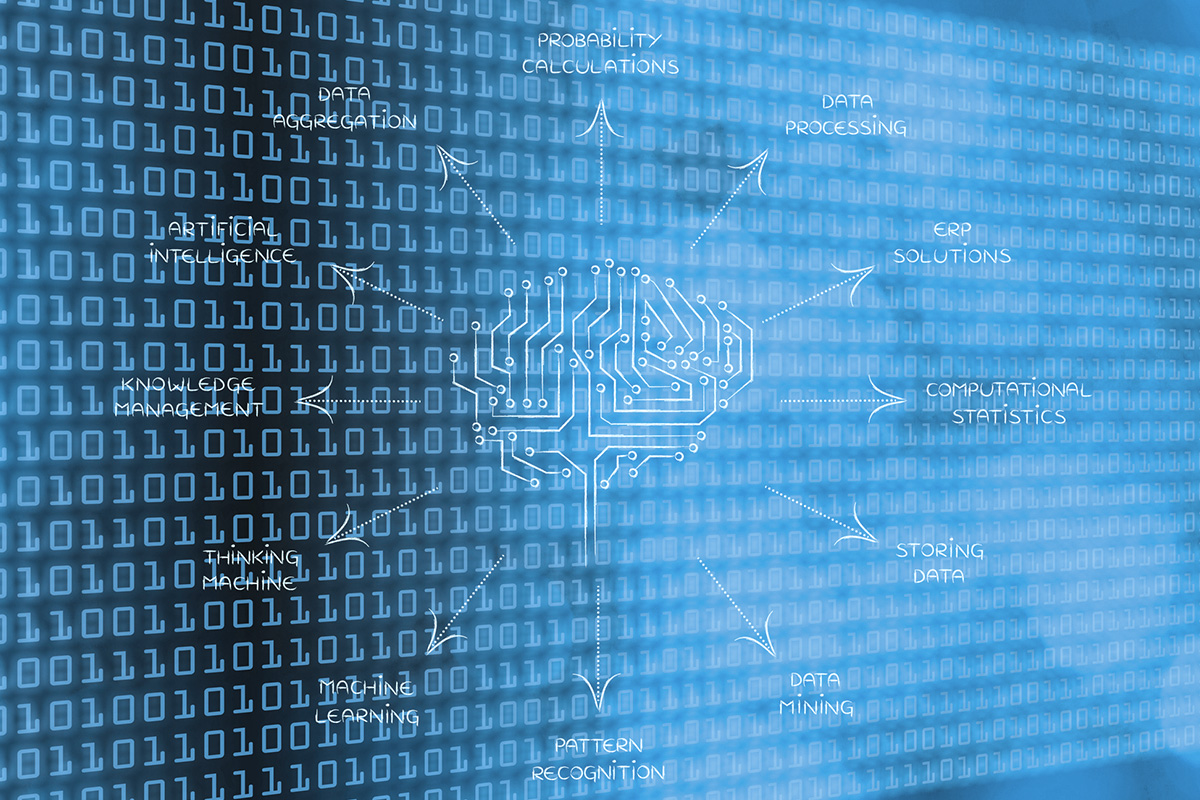 Why build a connected enterprise? It will be the only way to survive and thrive in the next evolution of business, particularly as the concept of “business as usual” has been completely disrupted over the last several months. 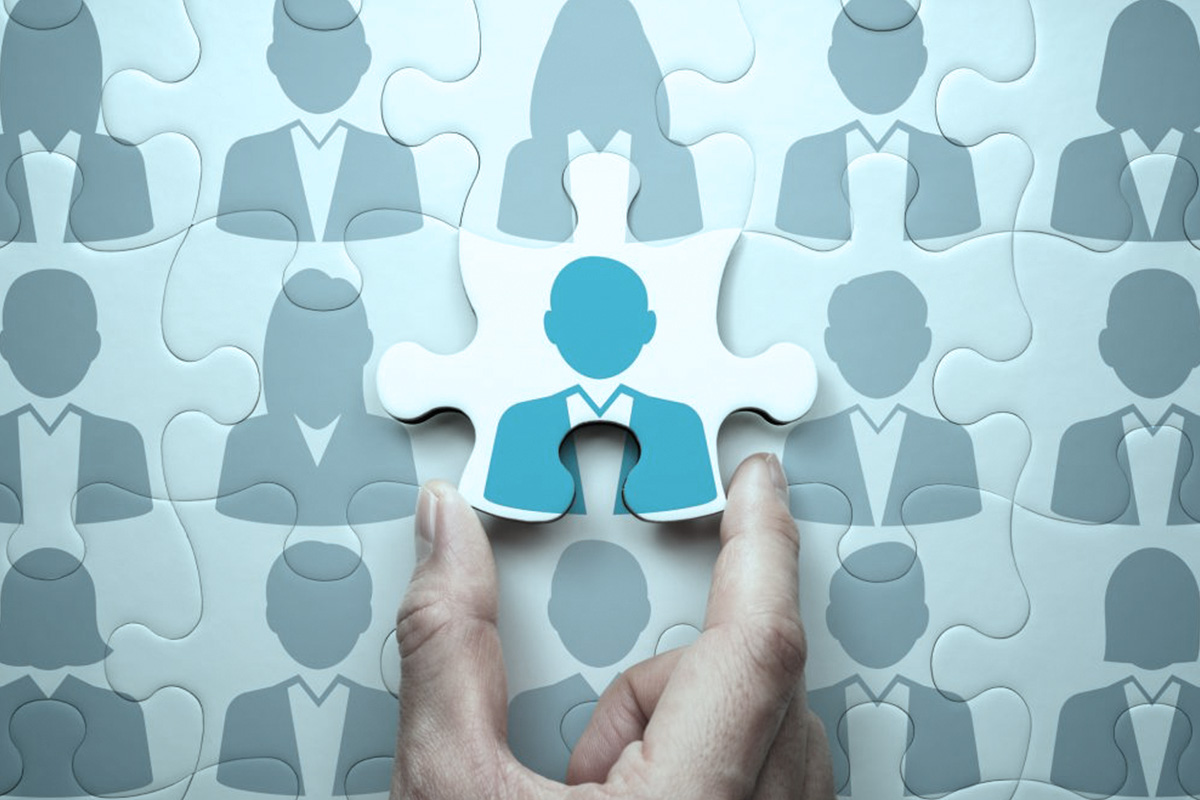 How to Build an All-Star Salesforce Team

The following are the primary roles needed to manage and maintain Salesforce teams in a continually evolving and growing organization.