From Legacy To Legendary

In this on-demand webinar, key task force members from this NASCIO award nominated, multiple year project shared how they grew one of the older Salesforce instances in an AZ public sector department into an enterprise level, scalable solution that empowers ASLD’s mission to manage state trust land assets for the beneficiaries of Arizona.

Learn How ASLD Achieved End-User Adoption Of Their New System By A Whopping 98% And Reduced Paper Applications By 95%.

We’ll share how ASLD took one of the more mature instances of Salesforce in an Arizona state department and grew it into an enterprise level solution that:

Hear from our experts.

Tasked for the last 100 years with managing a complex, 9.2 million acres large checkerboard of State Trust lands for its multiple beneficiaries, The Arizona State Land Department (ASLD) determined to employ a cloud first technology strategy to improve Front End operations and eliminate its largely manual processes. Several years into the process, key taskforce members sat down to share how they transformed the user experience on both sides of the counter.

The Drive for Innovation

With near 100% of customer interactions being paper driven, and an expressed desire from Commissioner Lisa A Atkins to be able to see the status of any application at any time from anywhere, the ASLD team knew that it was more than time to bring their department into the cloud.

Due to ASLD’s reliance upon manual application processing, Ryan Johnson, CIO for ASLD described, their business process was opaque and single threaded. Each application was a manual folder that physically traveled about 2 miles from the beginning of its journey to the end and went through over 90 stops covering an estimated 130 process steps. Worse, because their current process was single threaded, each application was worked on a single step at a time in a very linear way – a time consuming and difficult to track journey. The challenges with this setup affected both sides of the counter.

Anyone wanting to know the status of an application for a piece of state land – which could involve multi-million dollar sales – had to come down to the office and track down who currently had the file folder for the application. Only then could they get a status update.

Enough was enough. In 2017, they formed a task force, eventually brought in MST Solutions as a Salesforce and system integration consulting partner and launched a multi-year project to modernize their systems using a cloud first strategy.

ASLD began with an extensive discovery and design process, bringing in a third-party consultant to:

This was also the time when it was determined that Salesforce was the best CRM platform for the department and what they wanted to do. MST Solutions was brought in as the best match for the comprehensive work that ASLD had planned. As a long-term partner with expertise in the Salesforce ecosystem, complex integrations, and solution architecture, MST was already positioned well to assist ASLD. As Rahul, Practice Lead for this project and now VP of Public Sector for MST related:

“When MST was brought in, our goal whenever we onboard new customers is to become their long term strategy partner. We keep that in mind when we align our team members to ensure we not only address current project needs, but we also look at their long-term success and beyond.”

Discovery and design were revisited continually throughout this digital transformation project to ensure alignment and course correction along the way. Rahul continued, “As this project included a full implementation and migration from legacy applications, we saw value in further discovery and design before we finalized delivery mode.”

Early on, the team identified a cloud-based, customer facing application process as the biggest critical need to start with.

“Customers couldn’t conduct any business online, so that was a big issue,” Ryan Johnson described. He went on to say, “Customer application processing was determined to be the most critical business need. We identified 15 applications that were the most important (most frequent) applications.”

The task force started there, eventually fully replacing their manual process with a streamlined, Salesforce-based platform with full integration across their ERP and other applications. This new system was dubbed LEAP – Land Electronic Application Process. Once they achieved their first success, the team didn’t stop there. They kept refining and improving their system over the following years (and continuing) with massive success.

Get the full breakdown of how the team developed, implemented, and continually improved LEAP from the webinar. Rahul and Jennifer Spratling, IT Project Manager for ASLD and the Subject Matter Expert throughout this digital transformation, provided an in depth look and visuals on the process.

Across a phased implementation approach that spanned multiple years, the ASLD team was able to realize massive business value that included:

As Rahul stated in the webinar, “We are delivering value as fast as business needs for the ASLD team.”

What’s more, now that other teams within the department have experienced the benefits of LEAP, Jennifer, Ryan, and team have been flooded with requests for new functionalities and system improvements.

“We are inundated with requests [internally]. Everyone really sees the benefit of Salesforce and how it can improve their processes or just allow them better tracking,“ Jennifer related, noting that, “It’s a nice problem to have!”

The interesting thing about ASLD’s journey to build a cloud-based, scalable system – and the challenges they faced – is that their story speaks to the issues that public sector as an industry deals with.

Arizona State Land’s story in many ways is a microcosm for the public sector and the challenges this industry faces as it embarks on modernization journeys.

In the webinar, Ryan Smith, Practice Director for the project and now VP of Customer Success for MST, expanded on these parallel challenges by pointing to some of the overarching trends that we’ve seen again and again across different departments in different states. Some of those challenges include:

What’s more, under such conditions data siloes are inevitable. As Ryan explained, “Data disparity is a by-product of antiquated systems and a patchwork approach [to implementing newer technologies].”

Ryan pointed to one of the biggest differences between digital transformation in the public sector vs the private sector:

“So, in contrast to the private sector, where you may have legacy technology but also have robust workforce and skills to support [modernization] while allocating the necessary funds to improve over time – this doesn’t happen so much in the public sector. The great thing is, as the public sector moves toward a cloud-based strategy, they’re able to continually improve and stay with the emerging technologies without becoming antiquated in the process. We call this futureproofing.”

And that’s the great news. If ASLD’s challenges in digital transformation are representative of what we’ve seen across many public sector agencies, then their success is also an analog for what can be achieved.

Listen to the full webinar recording for many more details on this foundational and groundbreaking project. If you’d like to talk with us about how your agency can achieve the same success with modernization and futureproofing, contact us via the form below.

To learn more fill out the form 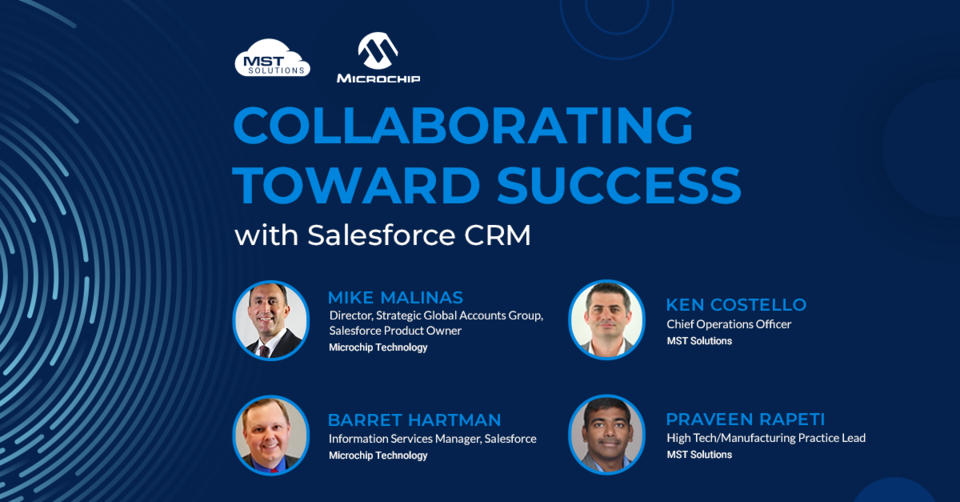 Collaborating Toward Success in the Manufacturing Sector

The Industrial Commission of Arizona modernized their operations and customer experience through digital transformation. Now, they’re sharing how they did it. 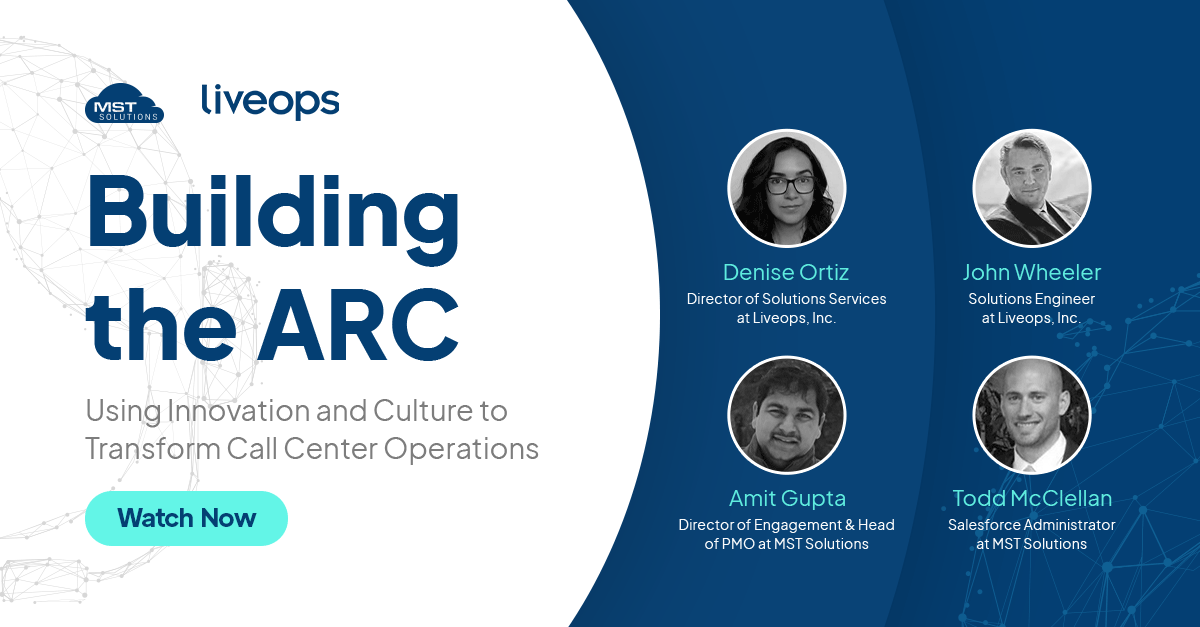 In this live webinar, our colleagues at Liveops – an Inc 5000 winning call center operation – will join us to share key details on how they used a Salesforce based platform to overhaul their agent system of record, greatly streamlining operations, gaining vital data for better decision making, and recapturing 6,000 work hours lost to manual tracking and processes.