Maven is a project management tool which encompasses a project model, a set of standards, a dependency management system, and logic for executing plugin goals at defined phases in a life cycle. The result is a tool that can be used for building and managing any Java-based project.

Maven is a project management tool which encompasses a project model, a set of standards, a dependency management system, and logic for executing plugin goals at defined phases in a life cycle. The result is a tool that can be used for building and managing any Java-based project.

The following are the steps to install maven:

To build a Maven project via command line, run the mvn commands. The command should be executed in the directory that contains the relevant Project Object Model (pom) file. The following commands will execute the maven project from CLI.

The above command will create the  maven project structure as shown below. 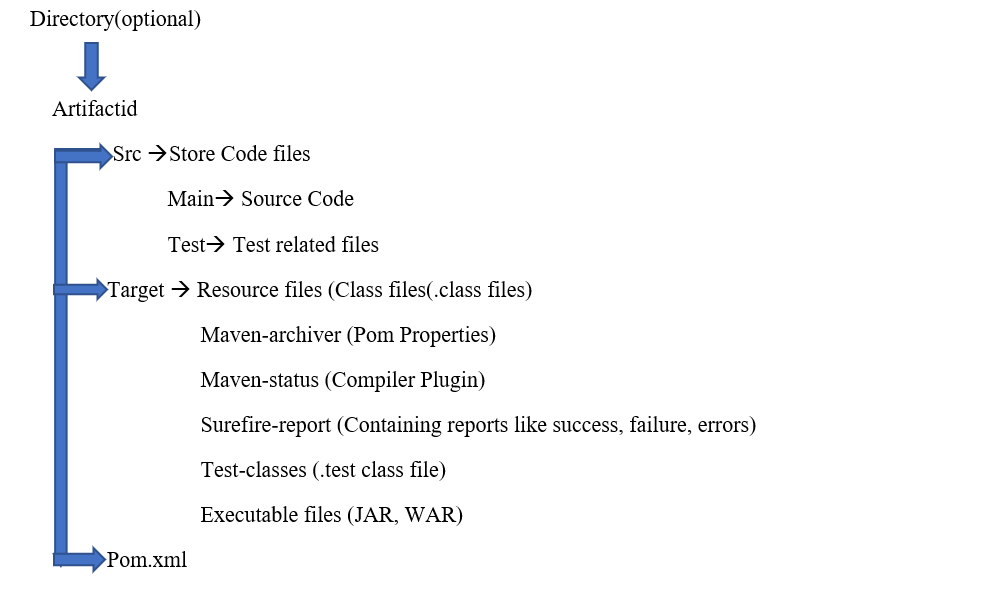 It is a fundamental unit of work in Maven. It is an XML file that resides in the base directory of the projects as pom.xml. The POM contains the information about the project and various configuration detail used by Maven to build the project(s).

POM also contains the goals and plugins. While executing a task or goal, Maven looks for the POM in the current directory. It reads the POM, gets the needed configuration information, and then executes the goal. Some of the configuration that can be specified in the POM are following.

Before creating a POM, we should first decide the project group id, name (artifact id) and its version as these attributes help in uniquely identifying the project in repository.

The POM Example as follows:

To release project artifacts outside the immediate development team

In case of multiple development environment, Maven can set-up to work as per standards in a very short time. As most of the project setups are simple and reusable, Maven makes life of developers easy while creating reports, checks, build and testing automation setups.