UI testing is a type of testing where we need to test what anything the end user will like to do, can do and cannot do in the application while its running. From each form button click to the data is feed to the form gets saved.

UI testing is a type of testing where we need to test what anything the end user will like to do, can do and cannot do in the application while its running. From each form button click to the data is feed to the form gets saved. Also, an important point to remember is that we should not test only what is needed but also what is expected to fail. So, article provides a brief overview of UI testing.

Types of Testing for UI:

UI Automation testing is like manual testing. Here,  the user won’t click the application and visually verify the data; instead our script will do for us. We need to create scripts for our test cases and add the series of steps to follow. When a typical test case has a set of test cases (it takes 20 to 100 tests per screen ),  it will take a few hours to days to test all screens thoroughly. To avoid the time-consuming manual testing,  we can write automation scripts to test most if not all those scenarios to run them in minutes. This may also help us identify errors sooner, giving developers and testers more time to correct any issues long before our release.

A typical automation testing requires automation tool like selenium, QTP, Telerium etc. CodedUI is also a such kind of a tool and can be used also for functional testing. CodedUI Test use Visual Studio IDE to write scripts and the recording can be done using Visual studio enterprise edition. This is relatively new automation tool which is supported by high-level programming languages such as C# and Visual Basic .NET

CUIT automation tests will drive any application through its User interface. So, the name is called as CodedUI tests. This will be very helpful in creating automation functional tests of the UI controls. This helps test the whole functionality of the application including the user interface. 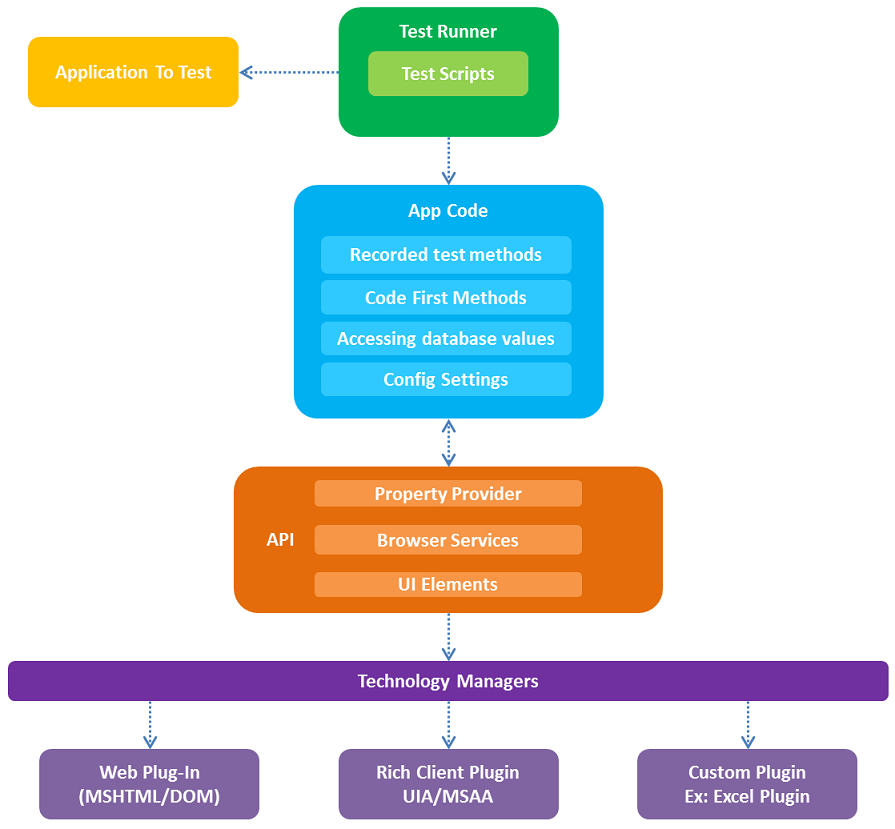 When we create a CodedUI test, the codedUI test builder will create a map. This will include UI under test, test methods, parameters, assertions, etc. For every test created, a class file will be created. Their details are given below