Reliability Testing is an important software testing technique that is performed by the team to ensure that the software is performing and functioning consistently in each environmental condition as well as in a specified period. It ensures that product is fault free and is reliable for its intended purpose.

What is Reliability testing?

Reliability Testing is an important software testing technique that is performed by the team to ensure that the software is performing and functioning consistently in each environmental condition as well as in a specified period. It ensures that product is fault free and is reliable for its intended purpose.

This enables the team to determine various problems in software design and functionality.

The main objective of Reliability testing is to test the performance of software under a condition. Other objectives are:

What are the features of Reliability Testing?

What are the types of Reliability Testing?

Regression testing is done to check that no new bugs have been introduced in the application because of fixing previous bugs.  This is done after every change or updating software features and functionalities.

This test is concluded to confirm the functionality of the software under the conditions of highest workload. The changing point of the software is found by a step by step process until the software gets hung, broken and so on.

What are the Requirements of Reliability Testing?

As software applications are used by various industries, validating their reliability has gathered more significance. To make sure that all the results are achieved, it is important for the team to consider various requirements.

Following are the requirements:

The purpose of Reliability Testing is to test the software system thoroughly to ensure that all the defects and faults in the system are identified and rectified by the team.

It is ensured with assistance of following approaches:

The team tests and retests the software through various testing techniques to validate its reliability and dependability. This is done in a short span of time. In other words, a single form of the test is administered twice on same software with reasonable time gap. 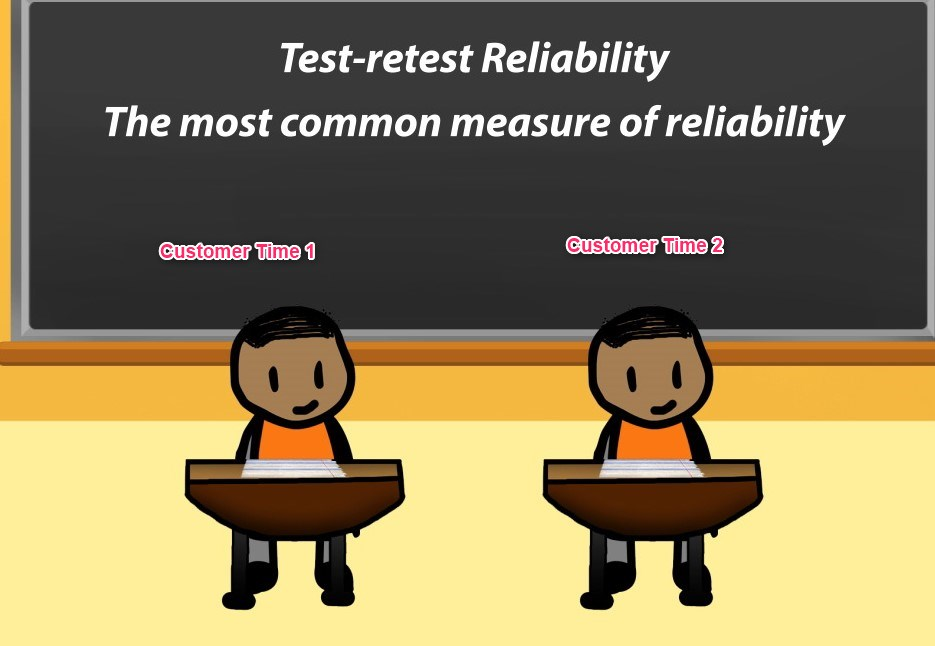 A single group of examinees will perform testing process only a few days or weeks. The time should be short enough so that the examinees’ skills in the area can be assessed. The examinee’s scores from two different administrators are estimated. This type of reliability helps to demonstrate the extent to which a test can produce stable, consistent scores across time.

In this approach, software is tested by two different groups simultaneously to check how similarly the two forms function. The team will be able to check the consistency of the results across various forms.

Example: Many exams have multiple formats of question papers. Parallel forms reliability is estimated by administering both forms of exam to same group of examinees. Scores on two forms are correlated to determine how similarly the forms function.

The results obtained from Test-Retest Reliability and Parallel forms Reliability are evaluated finally through this approach.

Consider a project ABC. In this project, a form must be submitted to capture the lead. The functionality of the same form can be tested twice with reasonable time gap. This involves Test-Retest reliability.

The functionality of the same form, i.e. capturing of lead through the same form can be tested by two testing teams simultaneously. This can be used to check how similarly they function. This is called Parallel forms reliability.

Hence the team can decide or evaluate about the functionality of the form from these two approaches.

Conclusion:
Thus the importance of Reliability Testing is rapidly increasing and has become essential to      perform reliability testing during SDLC. It validates the quality and functionality of the software in various scenarios and ensures its accuracy.